In the fight against climate change, how can we tell the difference between carbon emissions trading and carbon credits? Below we will define both terms, identify the key advantages and differences of each, explore how they operate and what impact they have on carbon emissions, and discuss why they are both important in the fight against climate change.

How Are Carbon Emissions Trading and Carbon Credits Defined

Carbon emissions trading (CET) systems and carbon credits are sustainability tools that can help individuals and organizations lower their carbon footprints. They are used in conjunction to limit the total amount of carbon emissions.

Carbon emissions trading (CET), also referred to as cap-and-trade, is a form of carbon pricing that places a limit on pollution emissions. CET systems became established after the Kyoto Protocol, an international treaty, set a maximum amount of greenhouse gas (GHG) emissions that could be released into the atmosphere, both globally and nationally.

“Carbon Trading: a system for controlling pollution. Companies and governments can buy or sell licenses to produce carbon dioxide”

The European Union emissions trading scheme was established in 2005, and it is the world’s first and largest CET system in operation. 11,000 installations and a few hundred aircraft operators in Europe are required to participate in the scheme.

The two main components of CET systems are the limit on pollution and the tradable allowances. Each entity operating under a CET system is issued a certain number of carbon credits each year. Carbon credits are tradable certificates or permits that give companies, industries, or countries the right to emit 1 tonne (1,000kg) of CO2 or the equivalent amount of a different greenhouse gas (GHG).

“Carbon Credit: a unit used in carbon trading that represents the right of a business, factory, etc. to release 1000 kilograms of carbon dioxide into the environment”

The transfer and acquisition of these units is closely tracked and recorded via Kyoto Protocol system registries. And an international travel log monitors country-country transactions.

The following are key advantages of CET systems and carbon credits:

Carbon credits are the tradable allowances used in carbon emissions trading (CET) systems, so they both have the same purpose, impact, benefits, and effectiveness.

When you hear the words “carbon credit”, think about the term “allowance”. Carbon credits represent the maximum amount of CO2 an entity is allowed to emit. This cap on CO2 emissions slowly decreases over time, forcing entities to emit less and less CO2 to stay within the boundaries of the cap. Companies with high levels of emissions can continue to operate, but only at an increased cost.

Carbon credits do not directly reduce your own carbon emissions. Setting a limit on allowable carbon emissions is an indirect method of emissions reduction because companies can continue to emit as long as they pay the price.

Carbon credits do not have a significant impact on global carbon emissions. Although they may incentivize companies to reduce their CO2 emissions, the immediate effect of reducing emissions under the cap-and-trade system is to benefit a company’s bottom line. The direct goal of carbon permits is not to reduce greenhouse emissions or support sustainable energy projects, but rather for companies to make money.

The COVID-19 pandemic triggered the largest decrease in energy-related carbon emissions since World War II, a decrease of 2 billion tons. However, emissions rebounded quickly at the end of 2020, with levels in December ending 60 million tons higher than those in December 2019. This indicates that the earth is still warming at an accelerated rate, and not enough is being done to implement clean energy practices.

Carbon emissions trading (CET) systems and carbon credits can reduce our consumption of and reliance on fossil fuels (i.e., coal, oil, and natural gas) which can reduce the effects of global warming by limiting global GHGs. But it also comes with various environmental benefits.

Carbon credits incentivize companies to switch to greener energy sources including solar, wind, hydro, and geothermal energy. They do not emit CO2, nitrogen oxides, sulfur dioxides, or mercury into the atmosphere, soil, or water. And these pollutants are known to contribute to the thinning of the ozone layer, global sea-level rise, and the melting of our world’s glaciers.

Switching from fossil fuels to green energy also promotes energy independence. Being able to produce your electricity without the aid of foreign countries is an important step in becoming more self-sufficient.

CET systems and carbon credits can be effective at reducing carbon emissions under certain conditions.

Carbon credits have faced criticism because most industries lack the technology that monitors and determines their amount of CO2 emissions. This makes it easier for companies to cheat on their emissions reports and say they are emitting less than they actually are. Also, different countries have different standards and caps for CO2 emissions. If the cap is set too high, then companies are not incentivized to reduce emissions. But set the cap too low, and companies will be overly burdened to reduce emissions. And the extra cost will be passed down to consumers as a result.

Carbon credits bought and sold as part of CET systems are important to fight climate change because they are a way to reduce your carbon footprint. Reducing your carbon footprint is important because it mitigates the effects of climate change, which has a positive cascade effect on public health and plant and animal diversity. In addition, this boosts the global economy and leads to innovative, more environmentally-friendly solutions.

However, carbon emissions trading (CET) systems and carbon credits should not be used as a panacea for climate change. Relying on carbon credits solely is impractical because the immediate effect of reducing emissions under a CET system is to benefit a company’s bottom line.

In the long term, direct methods of carbon footprint reduction are much more effective. Reducing your household, travel, and lifestyle carbon footprint can go a long way in the fight against climate change!

What are Better Alternatives to Carbon Emissions Trading and Carbon Credits

If used correctly, CET systems and carbon credits can provide environmental, economic, and social benefits that go beyond reducing carbon emissions. Together, they have the potential to instigate meaningful environmental change and begin to reverse some of the effects of climate change.

However, we can’t let this method be a guilt-free way to reduce carbon emissions. CET systems and carbon credits must be used in conjunction with direct carbon reduction measures until the industry has time to invest, develop, and refine more sustainable innovations.

These reduction measures don’t have to involve drastic changes either. Actions that may seem small can have a big impact because those small changes add up! You can reduce your carbon footprint in three main areas of your life: household, travel, and lifestyle.

In short, carbon credits are one of the tradable units of CET systems. These systems set a cap on the total amount of emissions allowed to enter our atmosphere. Carbon credits are tradable certificates or permits that give companies, industries, or countries the right to emit 1 tonne (1,000kg) of CO2.

Together they are tools in our sustainability toolbox that can be used to reduce carbon emissions and mitigate climate change. But we should not rely on them to be a cure-all for our environmental problems. Direct measures of carbon emission reduction are much more effective in reducing emissions both in the short term and in the long term. 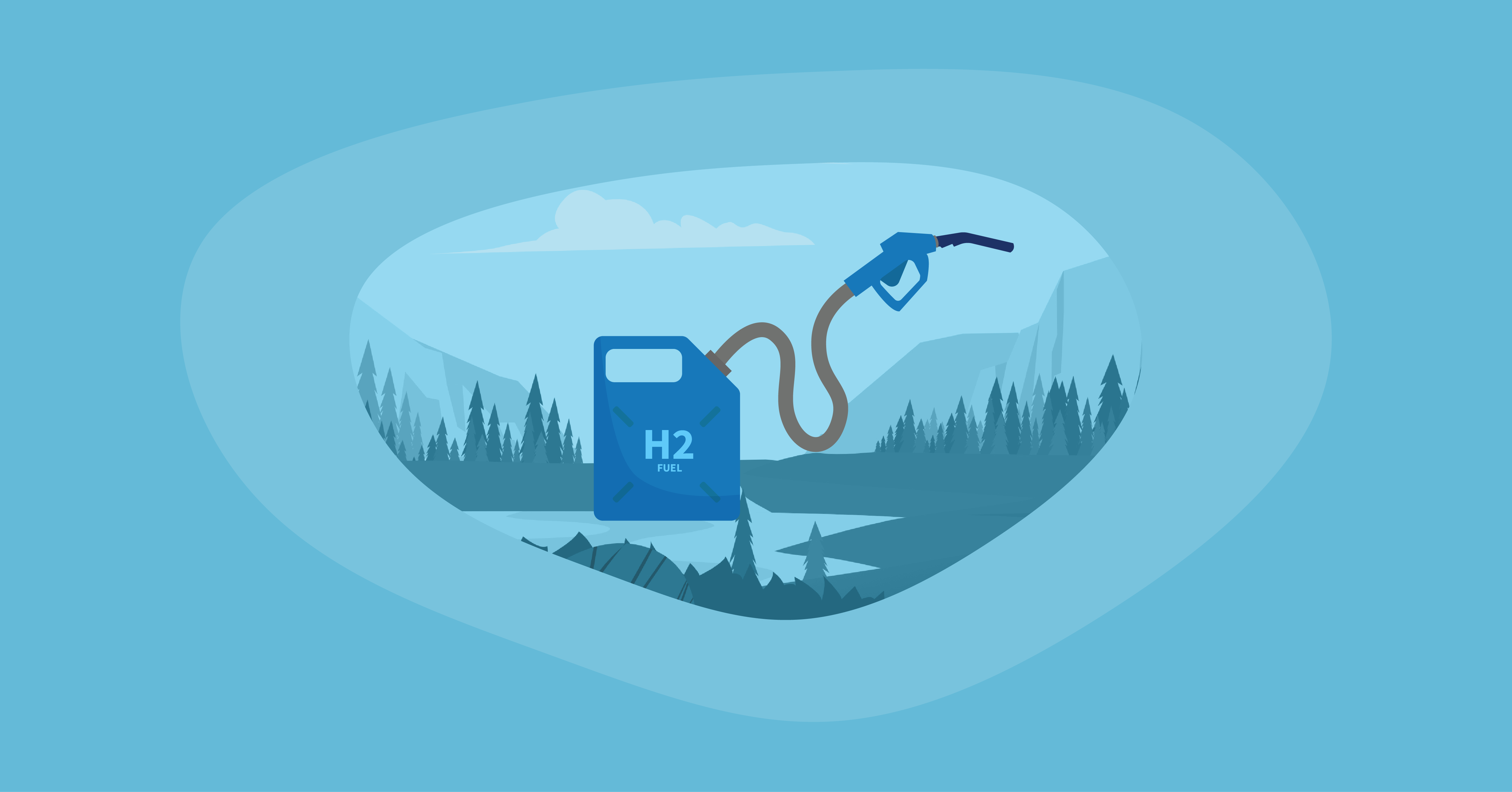 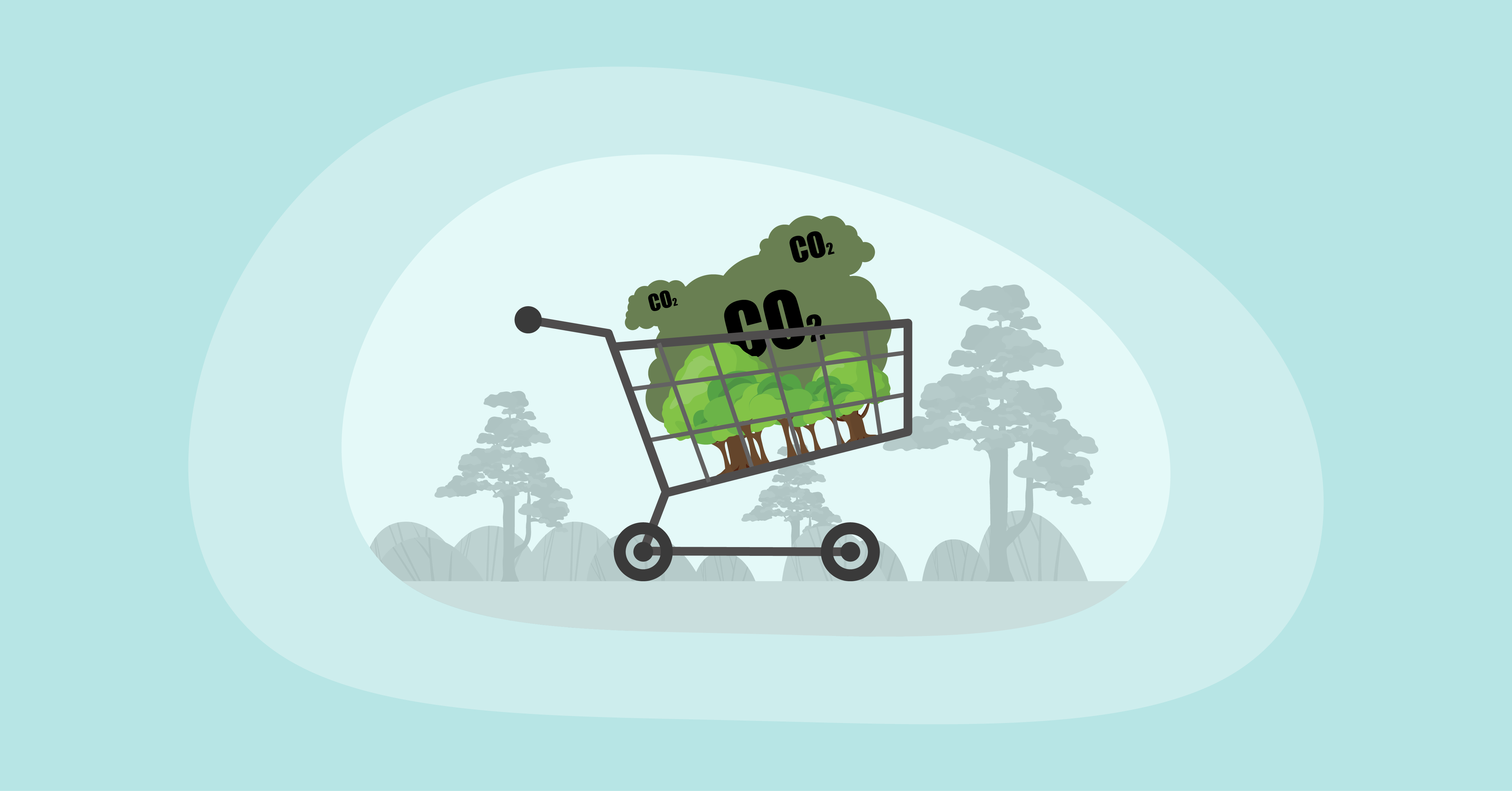 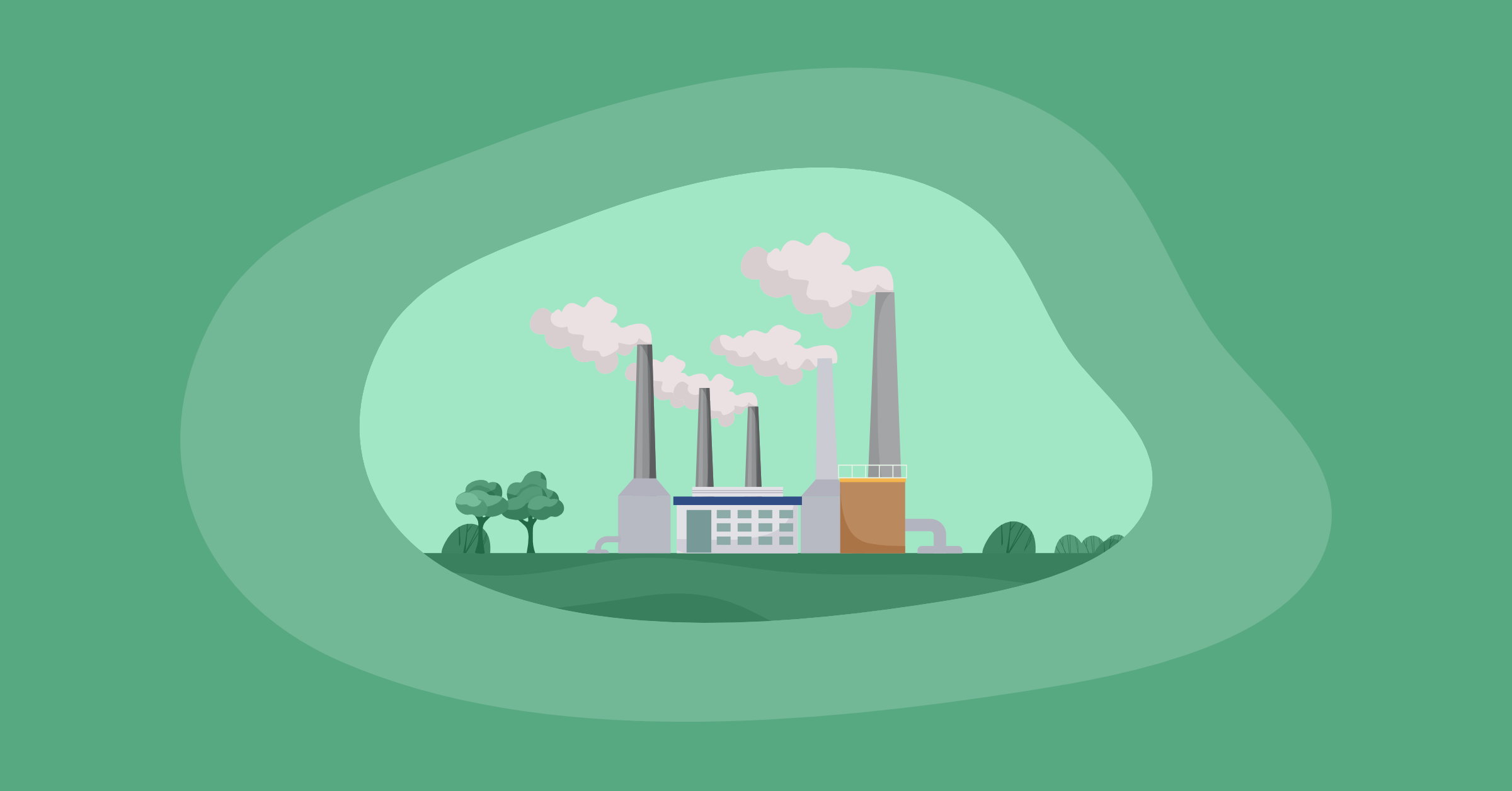 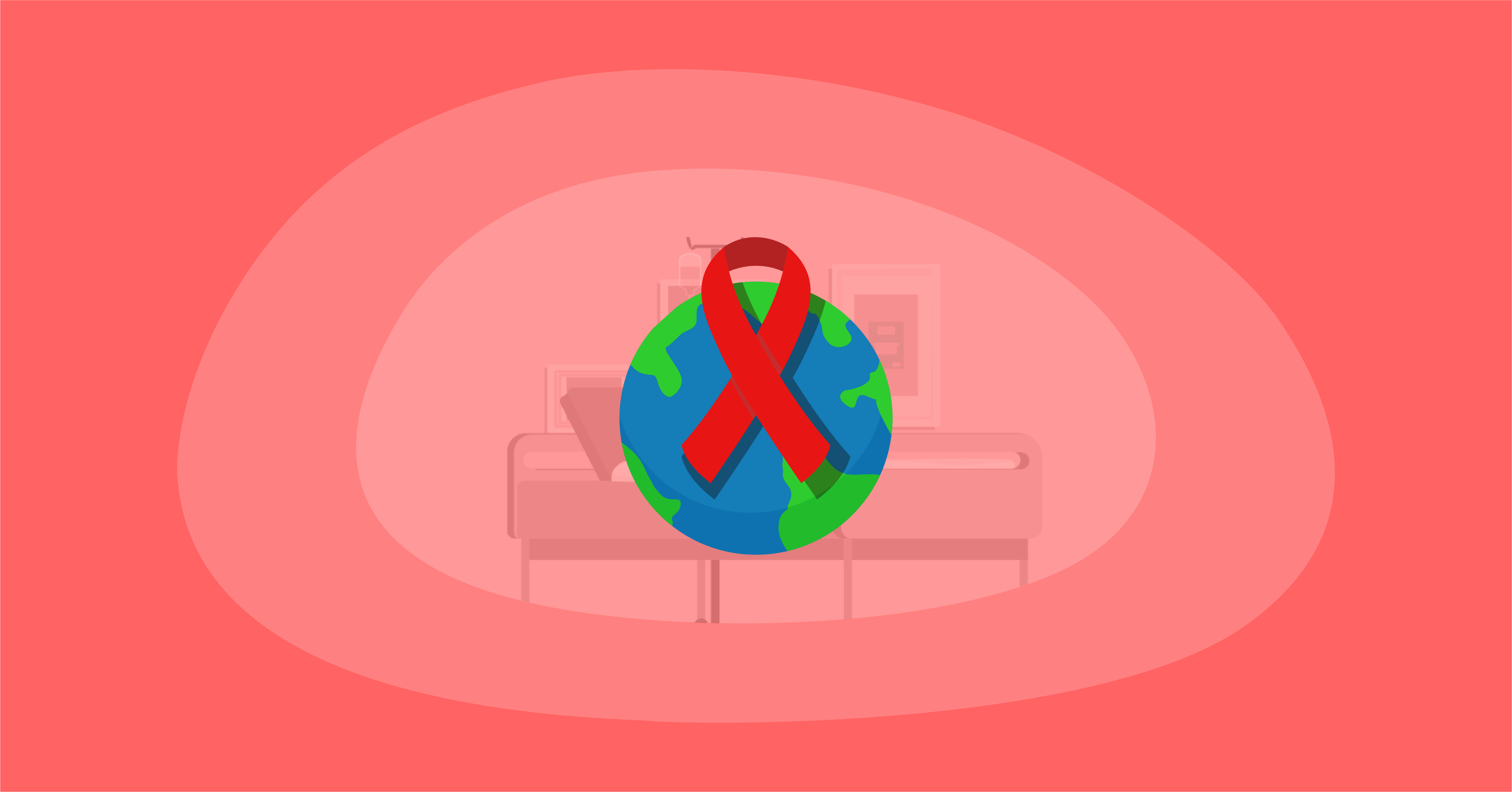