Clean Energy Explained: All You Need to Know

Clean energy is the generation of energy from sources that produce virtually no greenhouse gas emissions, which in turn reduces the effects of global warming. So, we had to ask: What is clean energy really, and how could it help us mitigate climate change?

Clean energy is the generation of energy from sources which emits little to no carbon emissions (11 and 48 gCO2 on a life-cycle basis) and no greenhouse gas emissions. All types of clean energy (solar, wind, geothermal, tidal, wave, and nuclear) combat climate change and promote energy independence.

Keep reading to find out all about what clean energy is, its global capacity, its carbon footprint, its environmental benefits and drawbacks, and how it can combat climate change.

The Big Picture of Clean Energy

Clean energy is the generation of energy from sources that emit virtually no GHGs, which in turn reduces the effects of global warming.

How Is Clean Energy Defined

Clean energy is an energy substitute for fossil fuels (e.g., coal, oil, natural gas) that can reduce the effects of global warming by limiting global greenhouse gas emissions (GHGs). It is derived from processes that do not release GHGs into our atmosphere.

“Clean Energy: energy, as electricity or nuclear power, that does not pollute the atmosphere when used, as opposed to coal and oil”

Clean energy produces virtually no GHGs or any other environmental pollution upon operation, which aids in the fight against global climate change. However, clean energy can possess geographic limitations and offer intermittent production peaks depending on weather conditions.

What Are the Different Types of Clean Energy

The 6 types of clean energy are: solar, wind, geothermal, tidal, wave, and nuclear energy. They are all defined as clean energies because no greenhouse gasses are emitted during their operation.

“Solar Energy: energy that uses the power of the sun to produce electricity”

“Wind: a current of air moving approximately horizontally, especially one strong enough to be felt”

“Geothermal: involving or produced by the heat that is inside the earth”

“Tidal Power: power that comes from the movement of the tide (= the rise and fall of the ocean that happens twice every day) and that can be used especially for producing electricity”

These 6 types of clean energy could play an important role in mitigating climate change, so let’s have a closer look at them next.

How Does Clean Energy Work

In general, clean energy works by harvesting the kinetic energy of a specific clean energy source which turns a turbine and spins a generator to produce electricity.

Solar energy uses either photovoltaic (PV) solar cells or concentrating solar thermal plants (CSP) to produce electricity. The former absorbs energy from sunlight, creating an electrical charge which moves in response to an internal electric field in the cell, causing electricity to flow. The latter reflects and concentrates sunlight onto receivers that collect and convert solar energy into heat.

Geothermal energy is generated when drilling down to hot water reservoirs up to a mile below the surface creates steam which is used to produce electricity.

Tidal energy is generated when tidal turbines, barrages, and lagoons use the rise and fall of tides to produce electricity.

Wave energy is generated when float/buoy, oscillating water columns, and tapered channel systems use the rise and fall of waves to produce electricity.

Nuclear energy is generated when a neutron strikes the nucleus of an atom, thereby releasing energy in the form of radiation and heat. This creates steam which is used to produce electricity.

What Is the Global Capacity of Clean Energy

Solar, wind, geothermal, tidal, and wave energy are by definition both clean and renewable energy. Renewable energy is infinite by definition because the resources naturally replace themselves over time. It is mostly non-polluting, low-maintenance, and promotes the decentralization of energy supply.

Related: Are you interested in learning what the differences between clean energy and renewable energy are? Check it out in this article here: “Clean Energy vs Renewable Energy: What’s the Difference?”

Driven by decreasing costs and improved technology, renewable energy capacity grew over 4 fold from 2000-2021, increasing from 754 gigawatts (GW) to 3,064 GW. This is as more and more effort is put into reducing global GHG emissions to mitigate climate change

However, only a few countries have renewables as their primary energy source, while the vast majority of countries still have a long way to go. Approximately 11% of global primary energy came from renewable energy technologies in 2019.

Nuclear energy, the remaining type of clean energy, is not classified as renewable energy because it uses Uranium-235 (U-235), of which supply is finite. U-235 has a concentration of 2.8 parts per million (0.7% abundance) in Earth’s crust, but we have already used up most of it because it has a half-life of about 700 million years.

What Is the Carbon Footprint of Clean Energy

On a life-cycle basis, the carbon footprint of green energy ranges anywhere from 11 to 48 grams of CO2 equivalent per kWh (gCO2/KWh) of electricity produced.

Have a look at the illustration below to compare the average life-cycle CO2 equivalent emissions from clean energies to those of different types of energy.

When discussing the carbon footprint of certain clean energy types, we must take into account carbon emissions across the energy’s building, operating, and building back phases.

Because clean energy is becoming a greater part of our energy mix, it is important to understand what its carbon footprint is. And what its environmental benefits and drawbacks are.

The overall environmental friendliness of clean energy depends on which specific type of energy is being discussed.

There are collective, as well as unique, benefits and drawbacks to clean energy.

What Are the Environmental Benefits of Clean Energy

All 6 clean energies have the following environmental benefits:

There are also specific benefits unique to each clean energy type:

What Are the Environmental Drawbacks of Clean Energy

Each clean energy type comes with its own set of environmental drawbacks that should be taken into account when discussing its carbon footprint.

Why Is Clean Energy Important to Fight Climate Change

Fossil fuel combustion is the main contributor to atmospheric CO2 levels. Climate Change occurs when CO2 and other air pollutants absorb sunlight and solar radiation in the atmosphere, trapping the heat and acting as an insulator for the planet. Since the Industrial Revolution, Earth’s temperature has risen a little more than 1 degree Celsius (C), or 2 degrees Fahrenheit (F). The current global annual temperature rise is 0.18C, or 0.32F, for every 10 years.

Experts claim that to avoid a future plagued by rising sea levels, acidified oceans, loss of biodiversity, more frequent and severe weather events, and other environmental disasters brought on by the hotter temperatures, we must cut current GHG emissions by 50% by 2030 and reach net zero by 2050, as outlined in the 2015 Paris Climate Agreement.

Harnessing the kinetic energy of clean energy (solar, wind, geothermal, tidal, wave, and nuclear energy) spins a turbine and powers a generator to produce electricity. The capacity for clean energy is great, but few countries currently source most of their energy from clean energy sources.

Clean energy has a lower carbon footprint than fossil fuels (coal, oil, natural gas), combats climate change, creates jobs, and promotes energy independence, making it an environmentally friendly energy source. Any environmental concerns can all be mitigated by careful siting of power plants and proper disposal of any nuclear waste materials. Clean energy benefits both our atmosphere and Earth’s biota. 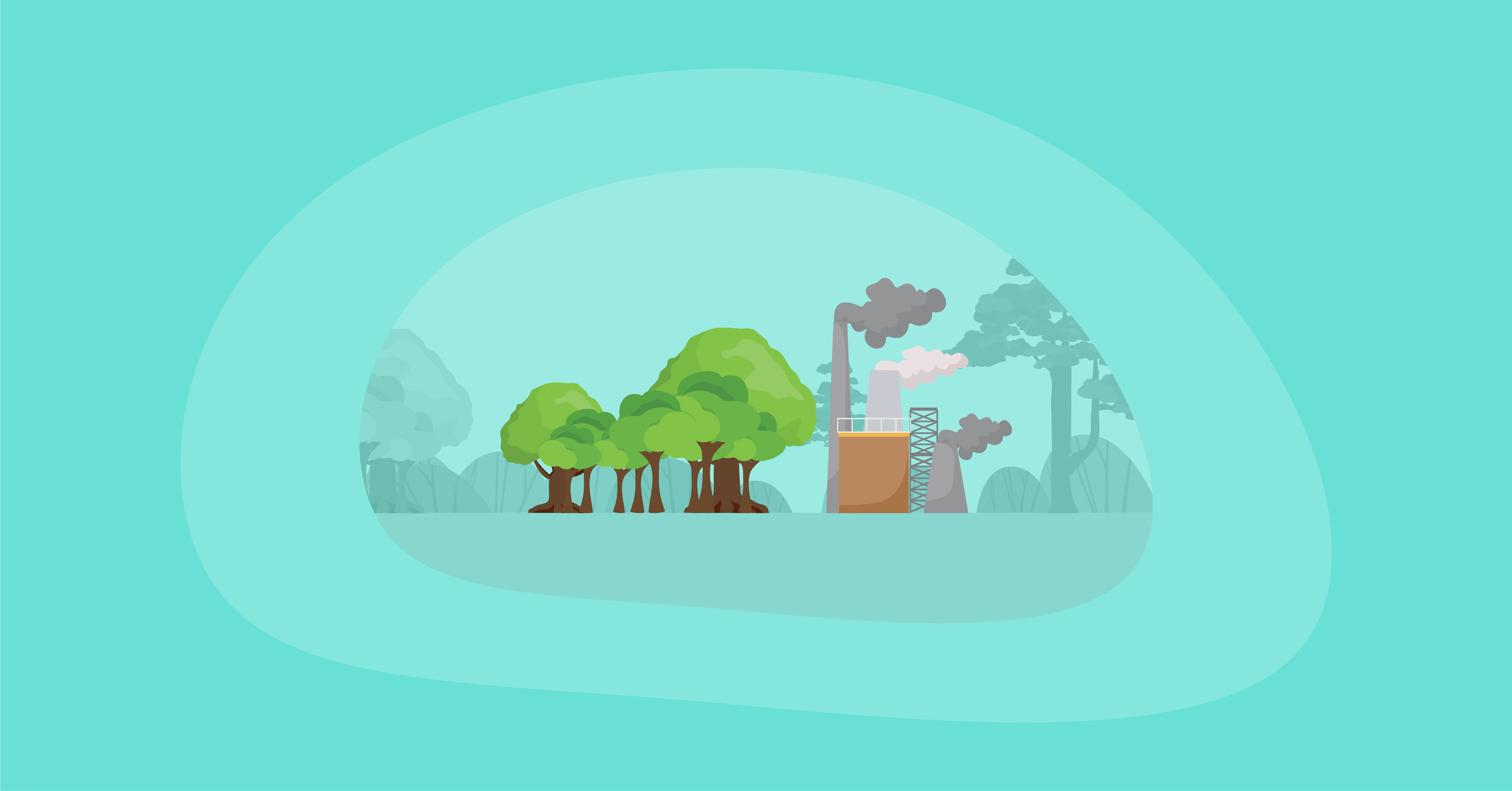 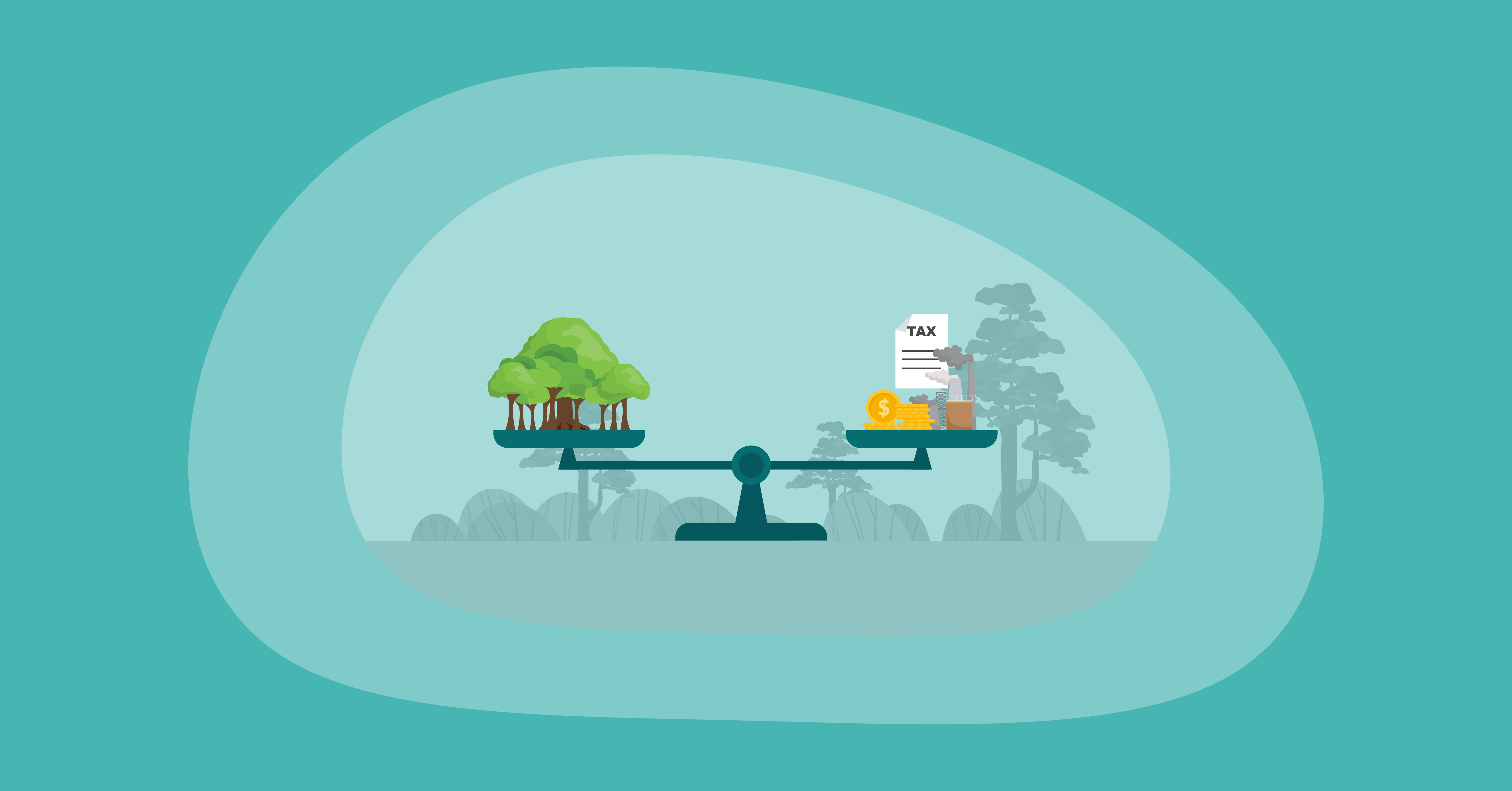 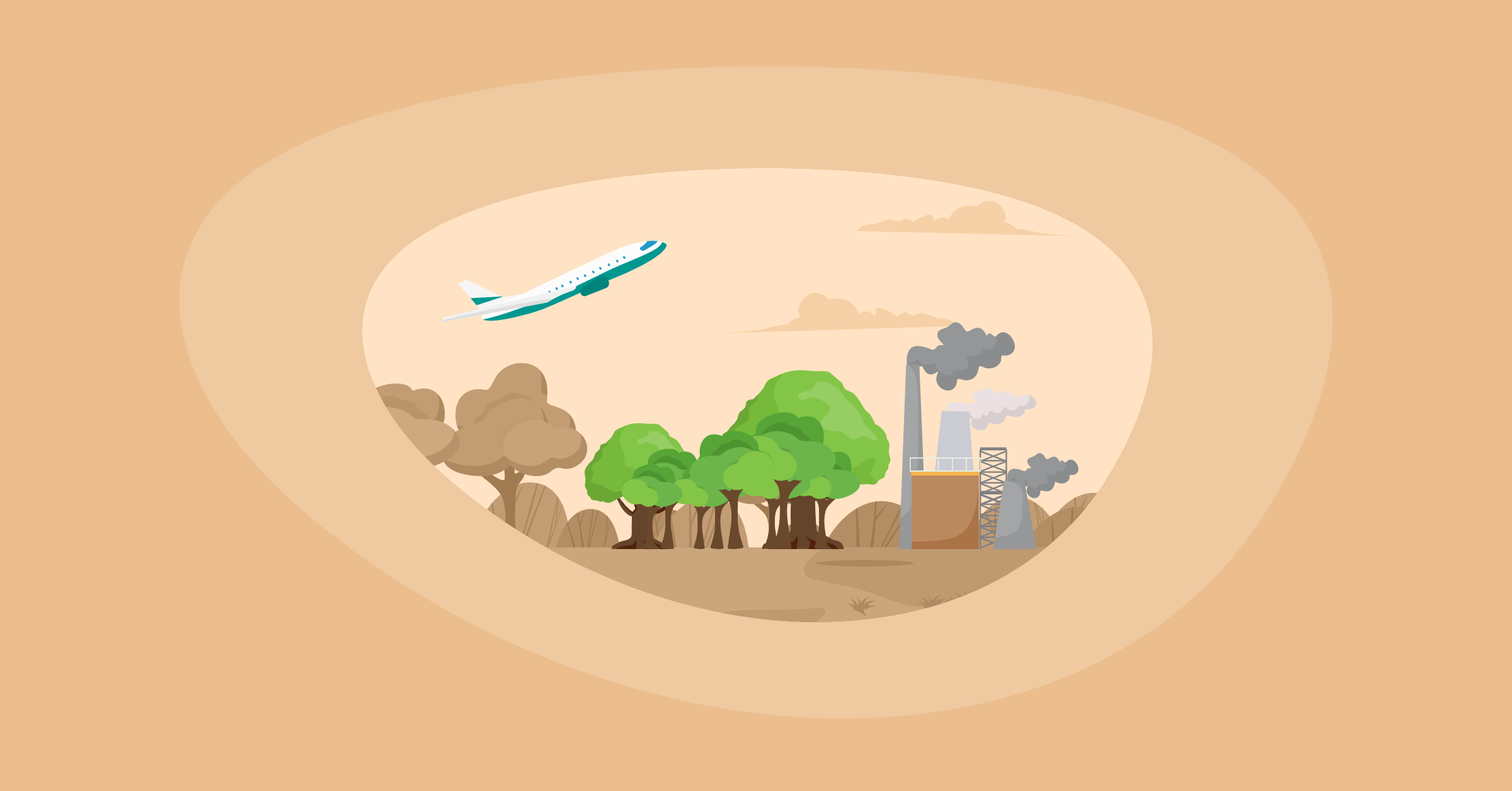 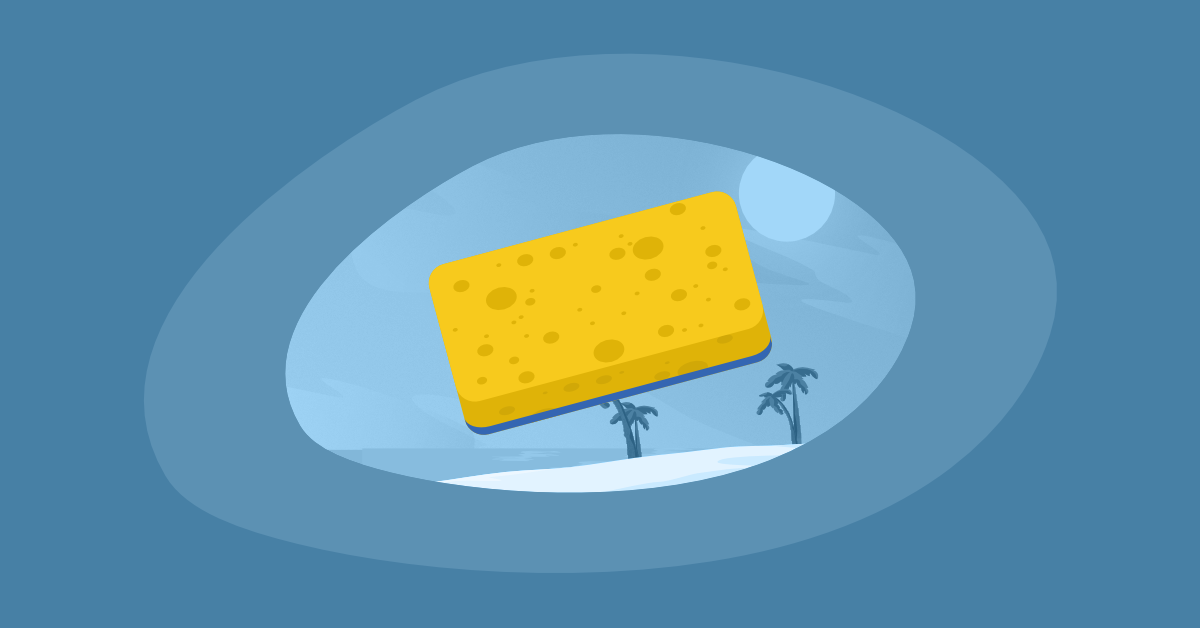