Nuclear Power Explained: All You Need to Know

Nuclear power has faced criticism for its use of radioactive materials to generate electricity. But the process produces little to no carbon dioxide (CO2) emissions or other greenhouse gasses (GHGs). So, we had to ask: What is nuclear power really, and how could it help us mitigate climate change?

Nuclear power is created through either nuclear fusion or nuclear fission. Per kWh produced, nuclear power emits 12 grams of CO2 on a life-cycle basis. It combats climate change and has various environmental benefits, but can come with the threat of nuclear waste products.

Keep reading to find out all about what nuclear power is, its global capacity, its carbon footprint, its environmental benefits and drawbacks, and how it can combat climate change.

The Big Picture of Nuclear Power

Nuclear power is the generation of energy via the process of nuclear fusion or nuclear fission, which produces little to no carbon dioxide (CO2) emissions or waste products.

How Is Nuclear Power Defined

When it comes to nuclear power, we need to start with atoms. All matter consists of atoms, each of which contains a nucleus. A nucleus can either be joined to another nucleus or divided, both of which are processes that release energy in the form of heat.

Because it is often described as an efficient, safe, and clean energy substitute for fossil fuels, understanding how nuclear power works and how its carbon emissions affect the global climate change process is important.

How Does Nuclear Power Work

In general, nuclear power is generated when neutrons either fuse or divide, which releases heat, produces steam, spins a turbine, and drives generators to produce electricity.

The two ways to generate nuclear power are via nuclear fusion and nuclear fission.

Fusion reactions take place in plasma, a hot, charged gas made of positive ions and free-moving electrons. Deuterium and Tritium, isotopes of hydrogen with extra neutrons, are most commonly used as the fusion material. In theory, it is possible to produce a terajoule of energy, enough to meet the needs of an adult person living in the developed world for 60 years, with just a few grams each of Deuterium and Tritium.

The sun and stars get their energy from nuclear fusion, as hydrogen atoms fuse together to form helium and matter converts into energy. However, this process is very hard to control within a laboratory setting. More still needs to be done to determine if this could be another viable energy source.

Nuclear fission is the process by which neutrons are used to split the nucleus of a Uranium-235 atom, which releases an enormous amount of energy in the form of heat and radiation. Each time the reaction occurs, more neutrons are free to strike more and more nuclei, causing a chain reaction. All operating nuclear power plants today use the process of nuclear fission.

The Uranium isotope used in fission is Uranium-235 (U-235) because its atoms are easily split apart in nuclear reactors. U-235 has a concentration of 2.8 parts per million (0.7% abundance) in Earth’s crust. Although it can be found almost everywhere supplies of U-235 are finite, and we have already used up most of it because it has a half-life of about 700 million years.

What Is the Global Capacity of Nuclear Power

We have been generating nuclear power since the 1960s, but production really increased between 1970 and 1990. Production has since slowed significantly, although recent years have seen an uptick in production.

Globally, the world generated 2,735 terawatt-hours (TWh) of electricity in 2021 from 439 nuclear reactors.

The top 5 nuclear power generating countries (amount produced per year) in the world are:

Approximately 4% of global primary energy comes from nuclear power. According to current trends and policy targets, nuclear capacity in 2040 will rise to 582 gigawatts (GW), which is still below the 812 GW required to become net zero by 2050. An average yearly new nuclear capacity of 20 GW is required to meet these net zero goals.

What Is the Carbon Footprint of Nuclear Power

On a life-cycle basis, nuclear power (nuclear fission) emits 12 grams of CO2 equivalent per kilowatt-hour (kWh) of electricity produced, which is tied for the third-lowest out of all energy types.

Have a look at the illustration below to see the average life-cycle CO2 equivalent emissions of the alternative energy sources and how they compare to the other energy types.

When discussing the carbon footprint of certain alternative energy types, we must take into account carbon emissions across the energy’s building, operating, and building back phases.

Over the past 50 years, nuclear power has helped to avoid around 55 gigatons (Gt) of CO2 emissions, which is equal to nearly 2 years of global energy-related CO2 emissions.

Because nuclear power has climate reduction benefits and produces little to no waste products, it is important to understand what its carbon footprint is. And how its carbon emissions affect the global climate change process.

How Environmentally Friendly Is Nuclear Power

The overall environmental friendliness of nuclear power is a controversial topic. Although the process of nuclear fission produces zero CO2 emissions, the handling and disposal of nuclear waste is a serious issue.

Nuclear power can reduce the effects of global warming by limiting global GHG emissions, but uranium mining and nuclear waste are drawbacks that must be taken into consideration.

What Are Environmental Benefits of Nuclear Power

And nuclear fission produces its own unique environmental benefits:

What Are Environmental Drawbacks of Nuclear Power

The main drawback to nuclear fusion is that it is still in the research and development phase. Although it is capable of generating massive amounts of energy without releasing harmful GHGs or harming the environment, it is currently difficult to replicate this process on a commercial level in a laboratory setting.

Nuclear fission on the other hand does come with some drawbacks that, if handled properly, can be mitigated. The main environmental drawbacks associated with nuclear fission are uranium mining and nuclear waste.

Ways to minimize negative environmental impacts include the proper handling, transportation, storage, and disposal of radioactive waste to ensure that it does not leach into the environment.

Why Is Nuclear Power Important to Fight Climate Change

To help keep global temperature rise below 1.5C, as outlined in the Paris Agreement, we must shift at least 80% of our electricity generation to low carbon sources. And nuclear power is currently the second-largest source of low-carbon energy. Nuclear has reduced CO2 emissions by more than 60 gigatons over the past 50 years, equating to almost 2 years worth of global energy-related emissions.

Nuclear power benefits the environment by mitigating climate change, creating jobs, promoting energy independence, and protecting air quality. Environmental drawbacks associated with nuclear fission include uranium mining and nuclear waste but can be mitigated with proper handling and disposal methods. Nuclear fusion is still in the research and development phase, and more time is needed to perfect the process in a laboratory setting. 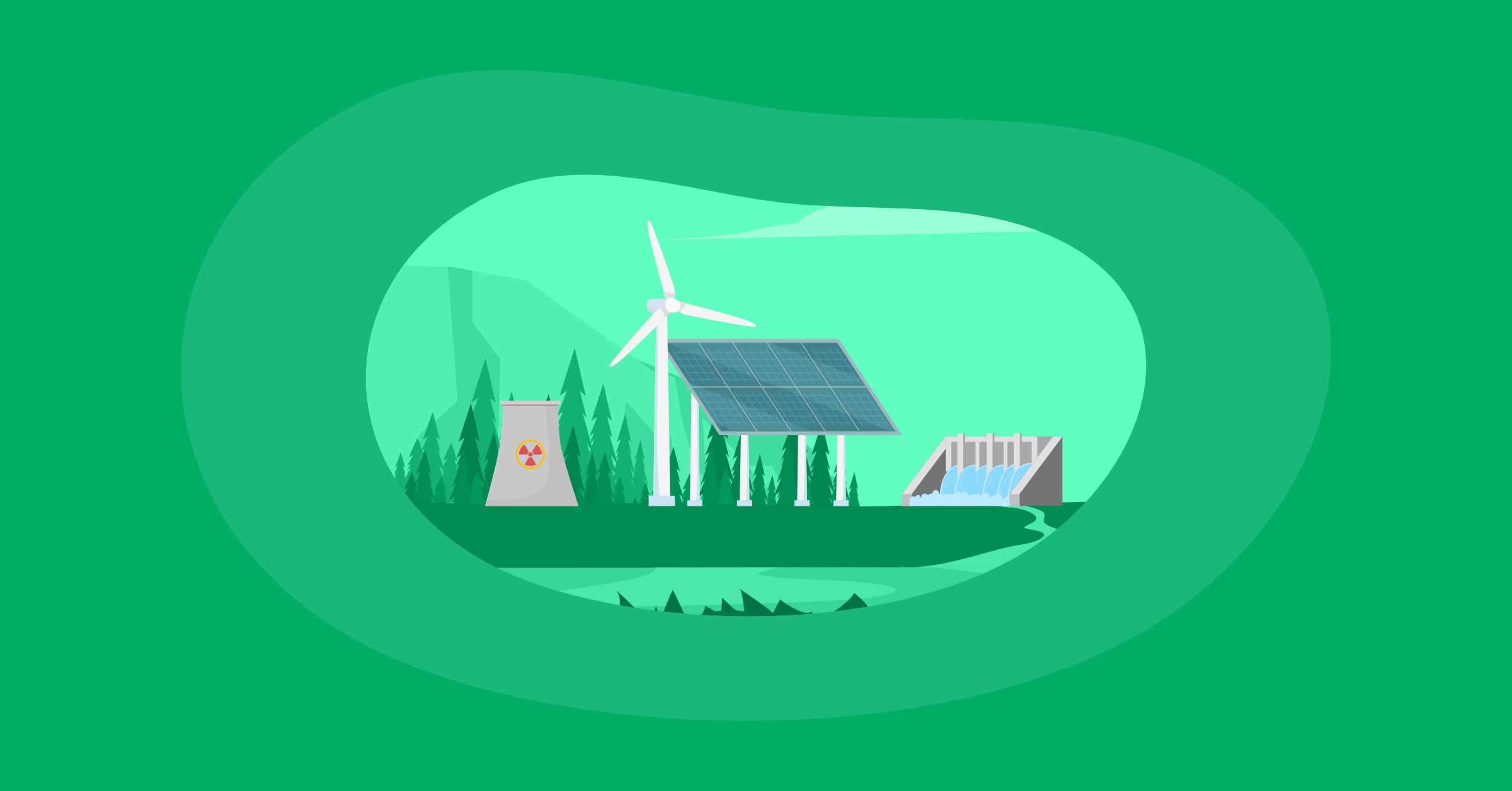 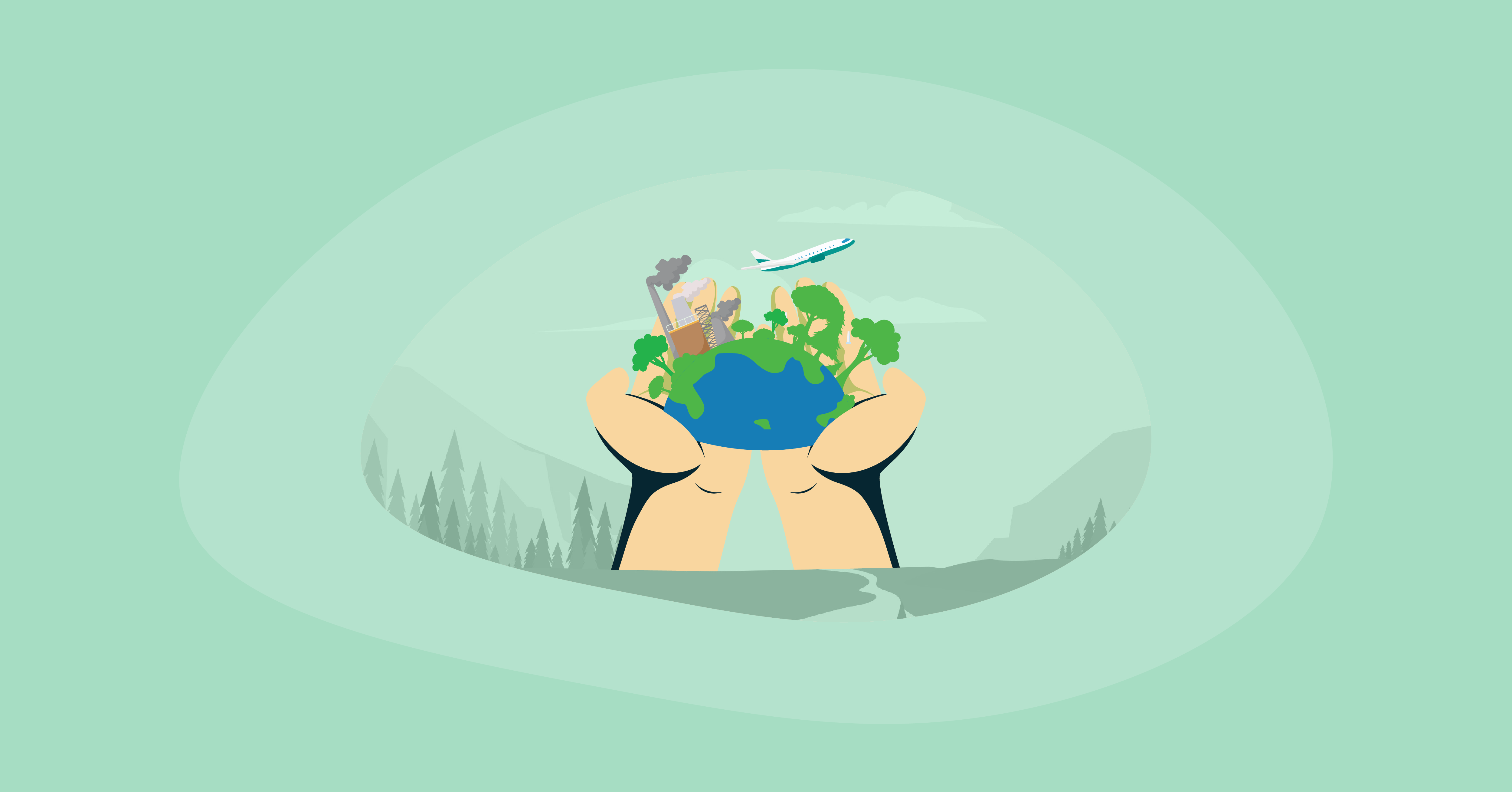 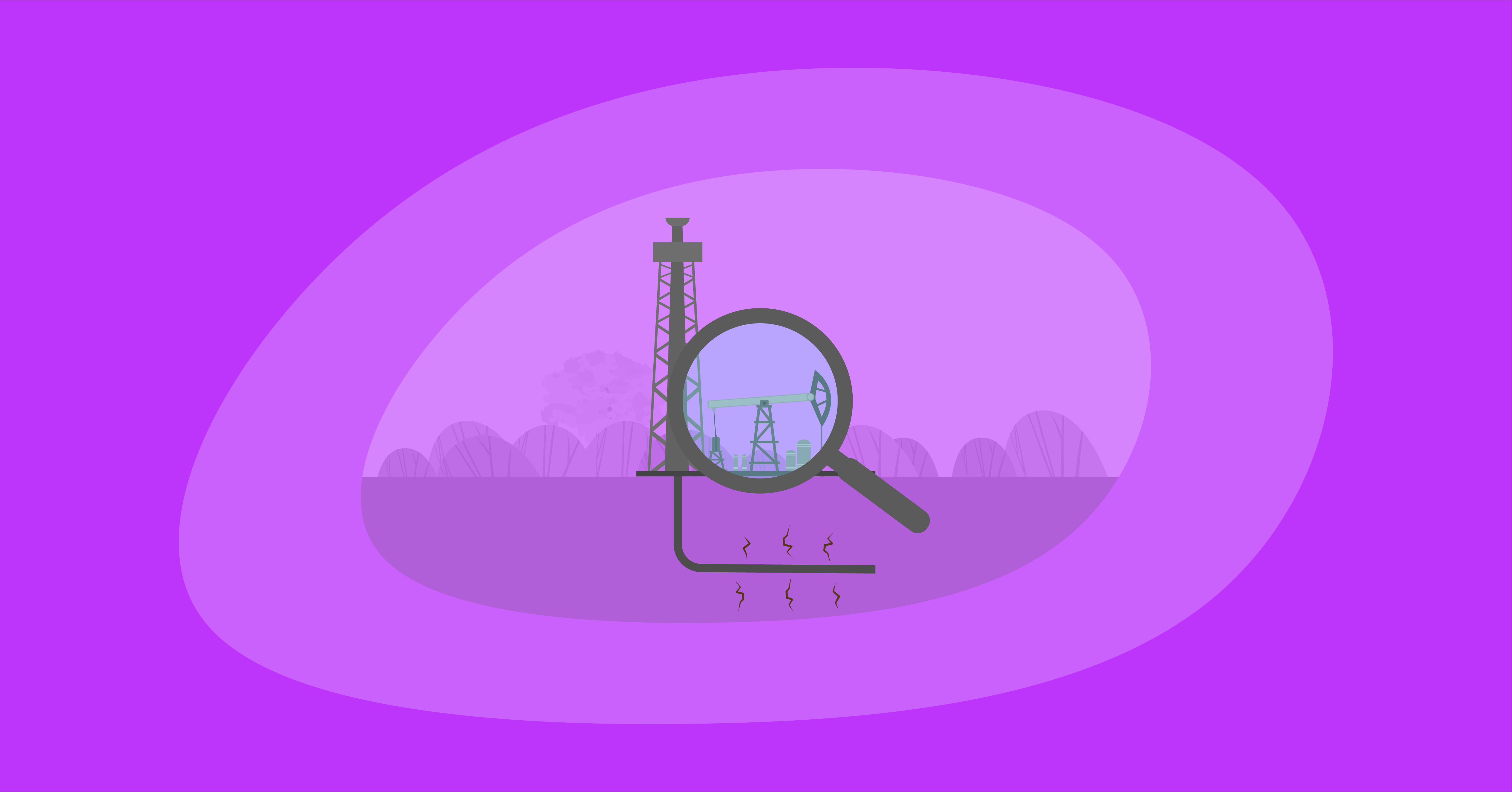 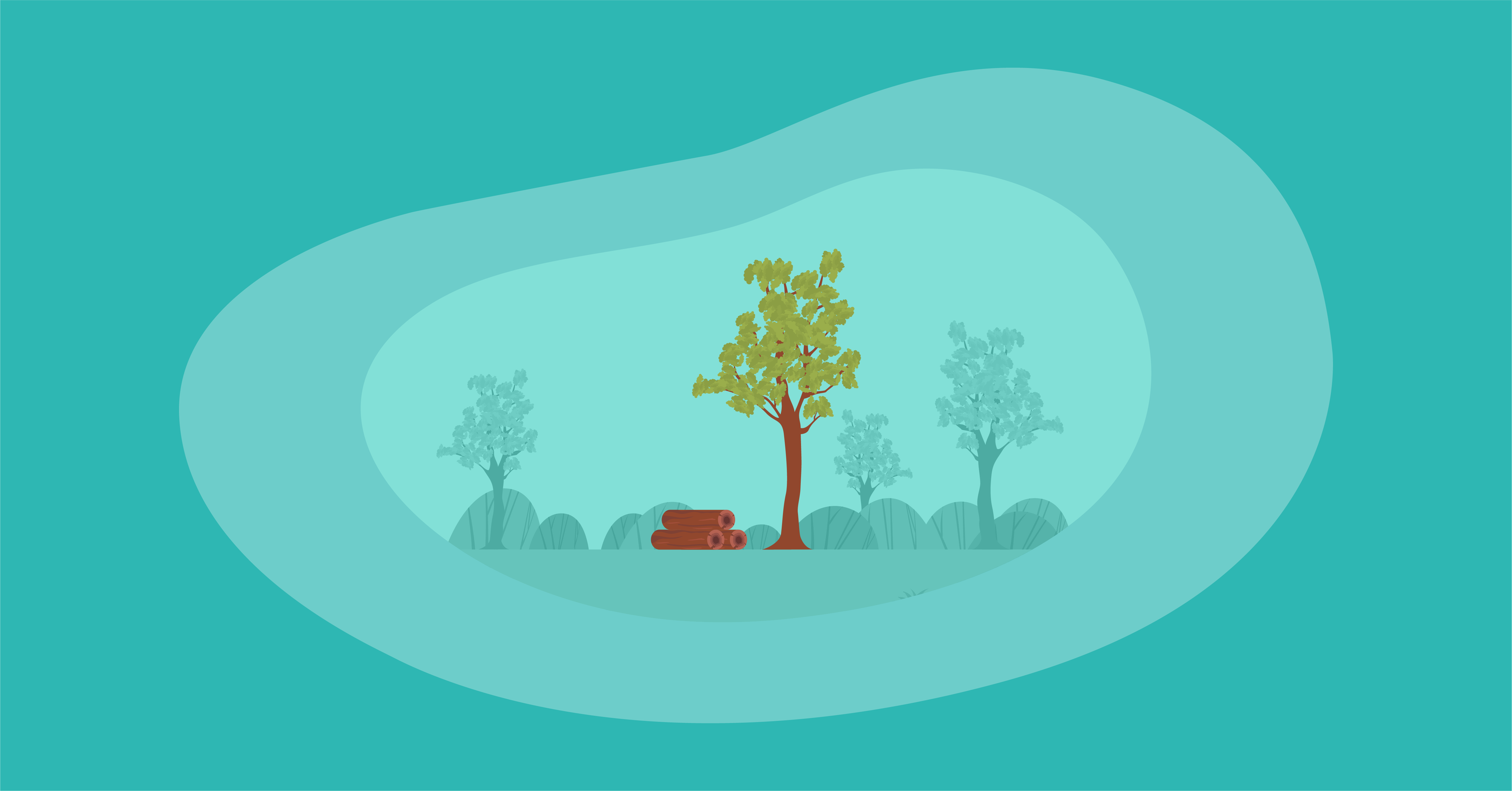